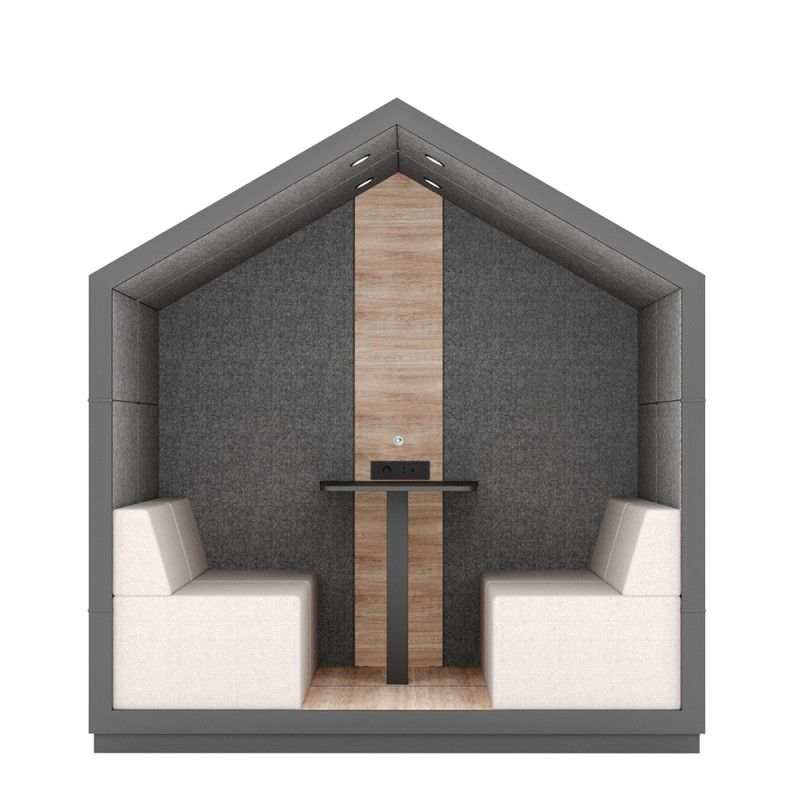 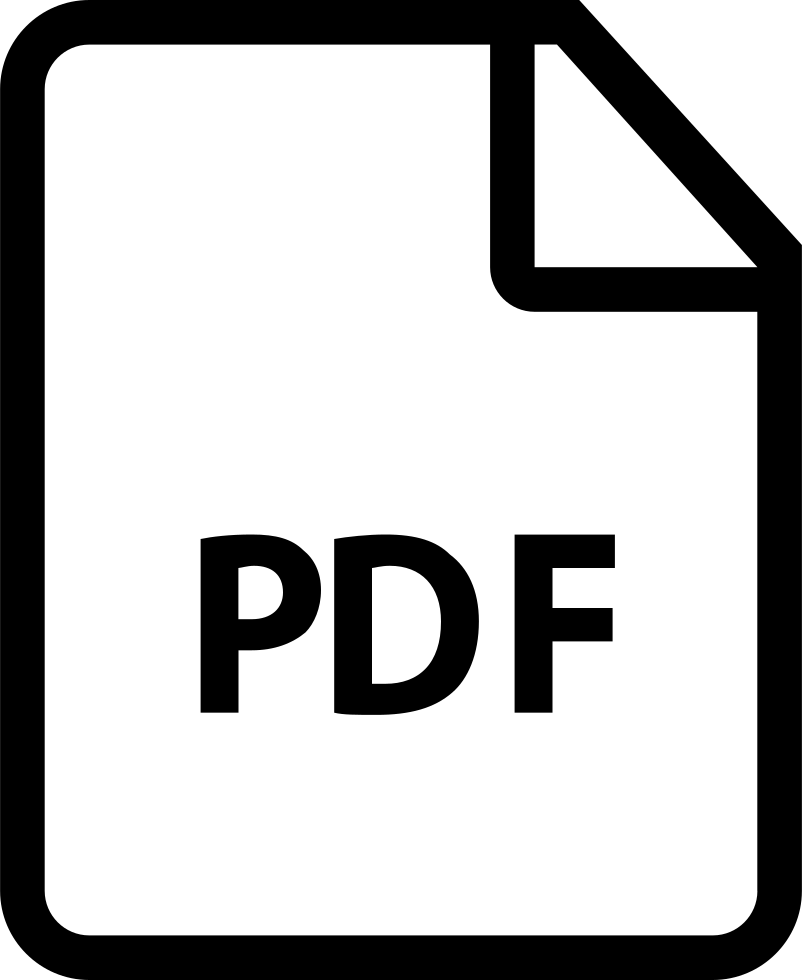 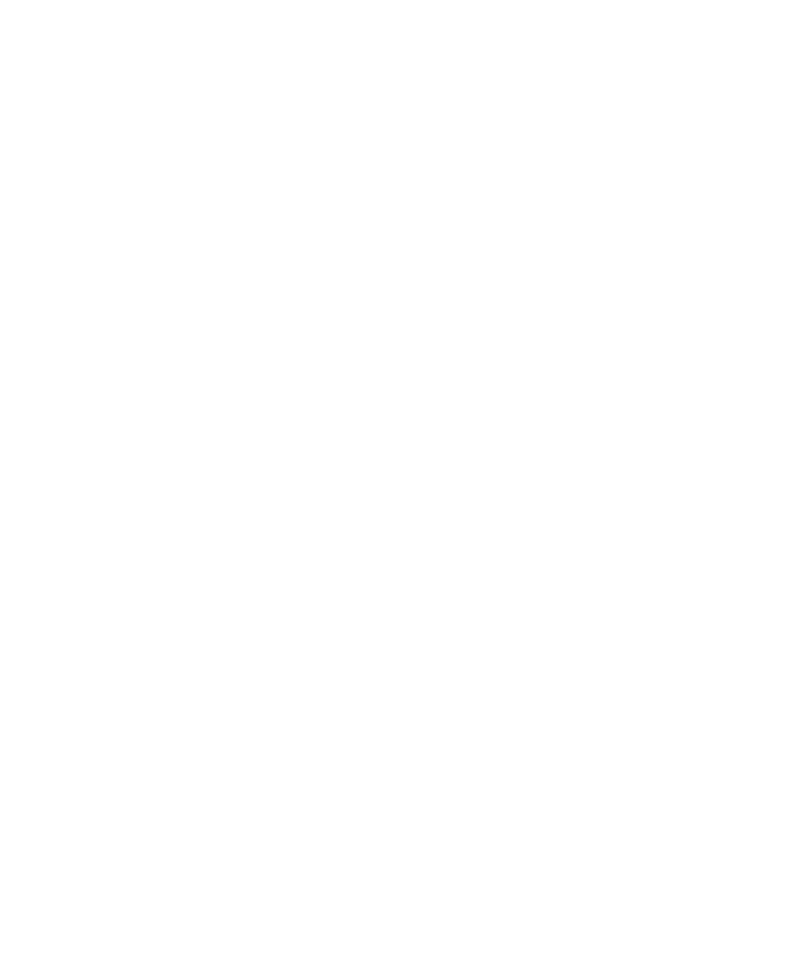 Treehouse collection includes 1, 2 and 4-person booths in closed and open style versions.  The application of Treehouse booths in arrangements makes it possible to set aside some space that will provide a bit of relaxation from all the surrounding hustle and bustle.

Treehouse booths are a perfect match for open-space offices, as they divide working space and replace conference rooms. Treehouse allows the users to cut themselves off from all the unwanted outside noises, ensuring discretion and privacy. People talking and working in the booths do not disturb those around them.

Optimal acoustic properties of the booths have been confirmed by an independent research and scientific centre, which conducted the tests based on standards EN ISO 11957:2010 and EN ISO 717-1:2013.

The Treehouse was created to feel the atmosphere like in the child's play, warm, cosy, safe and at the same time extremely functional. Its form resembles the tree houses, where the most creative ideas are born. 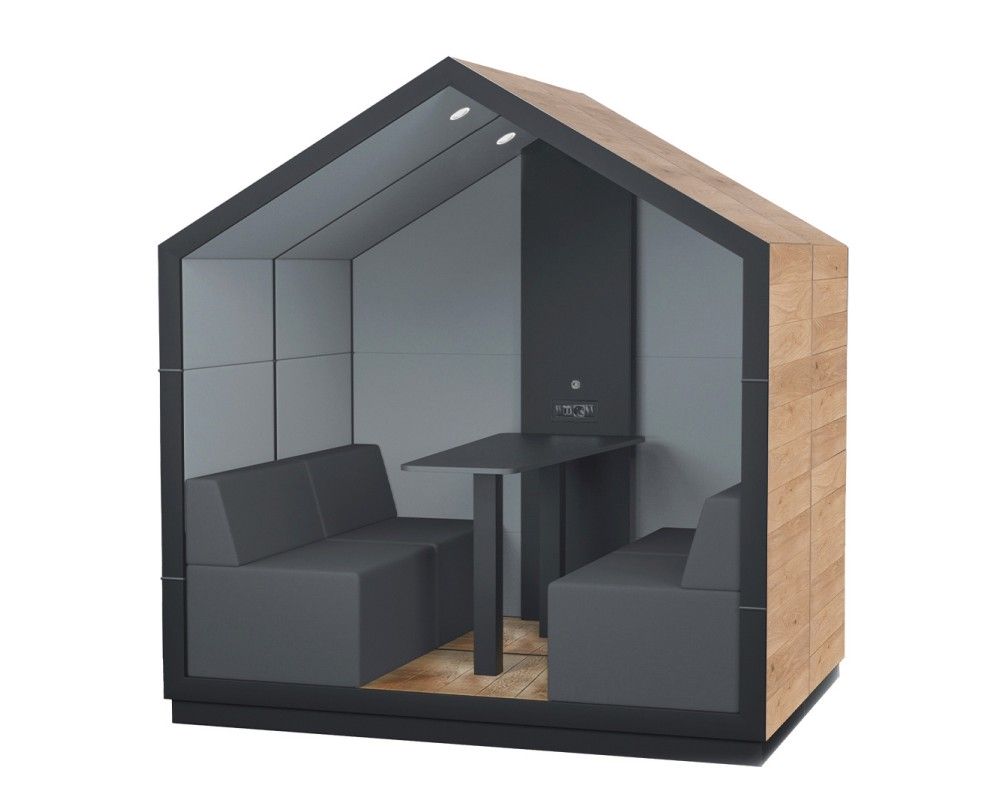 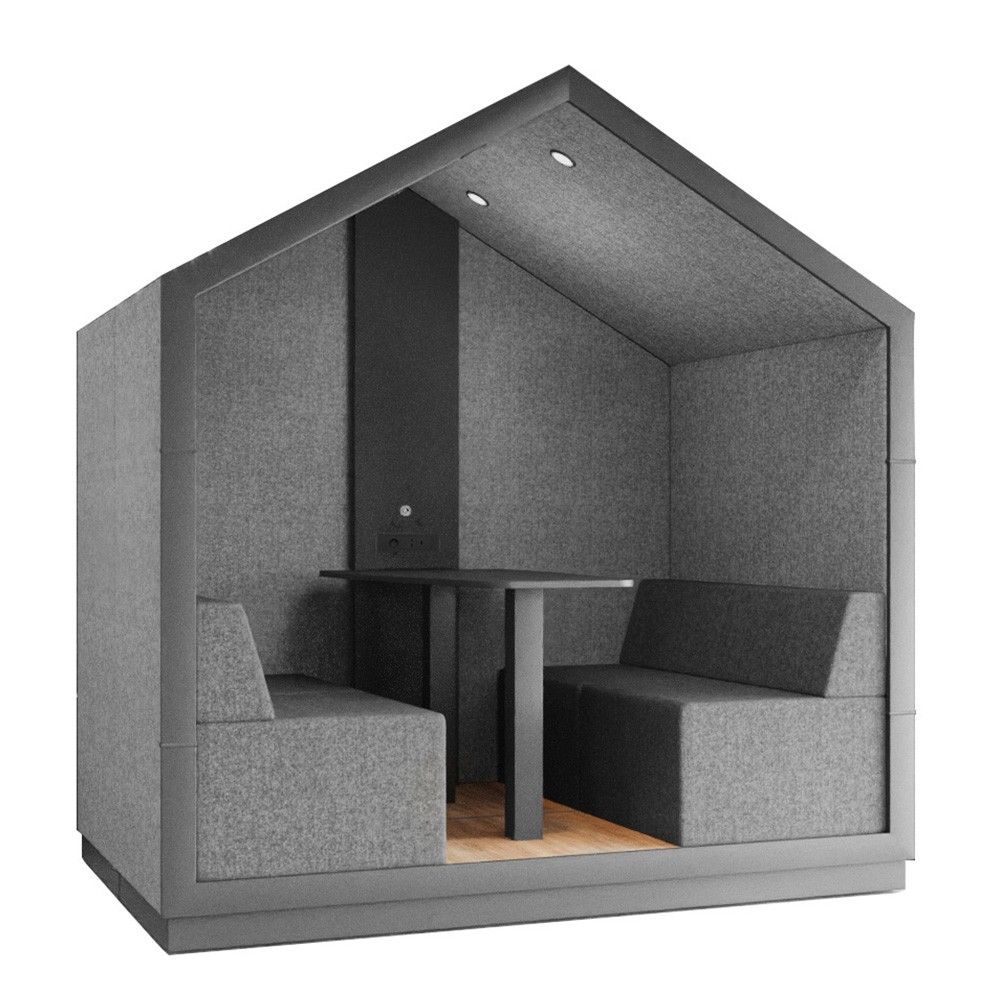 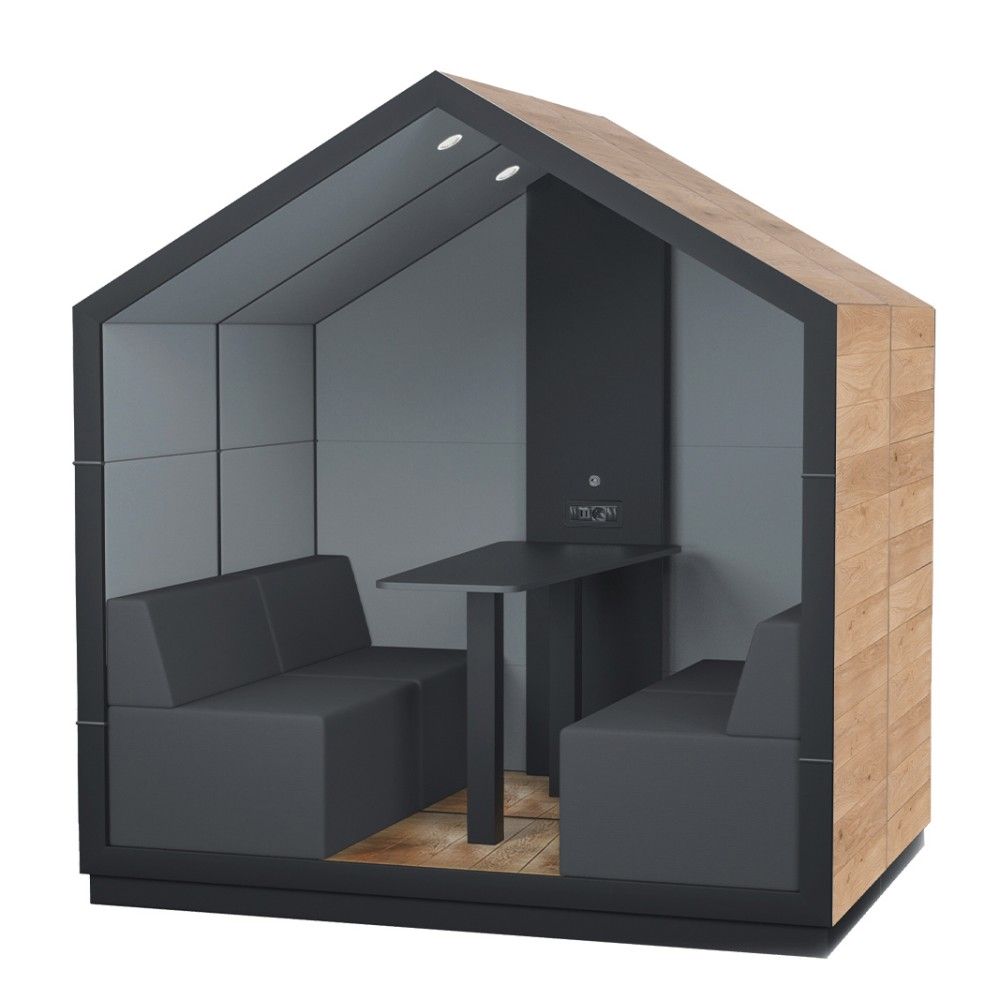 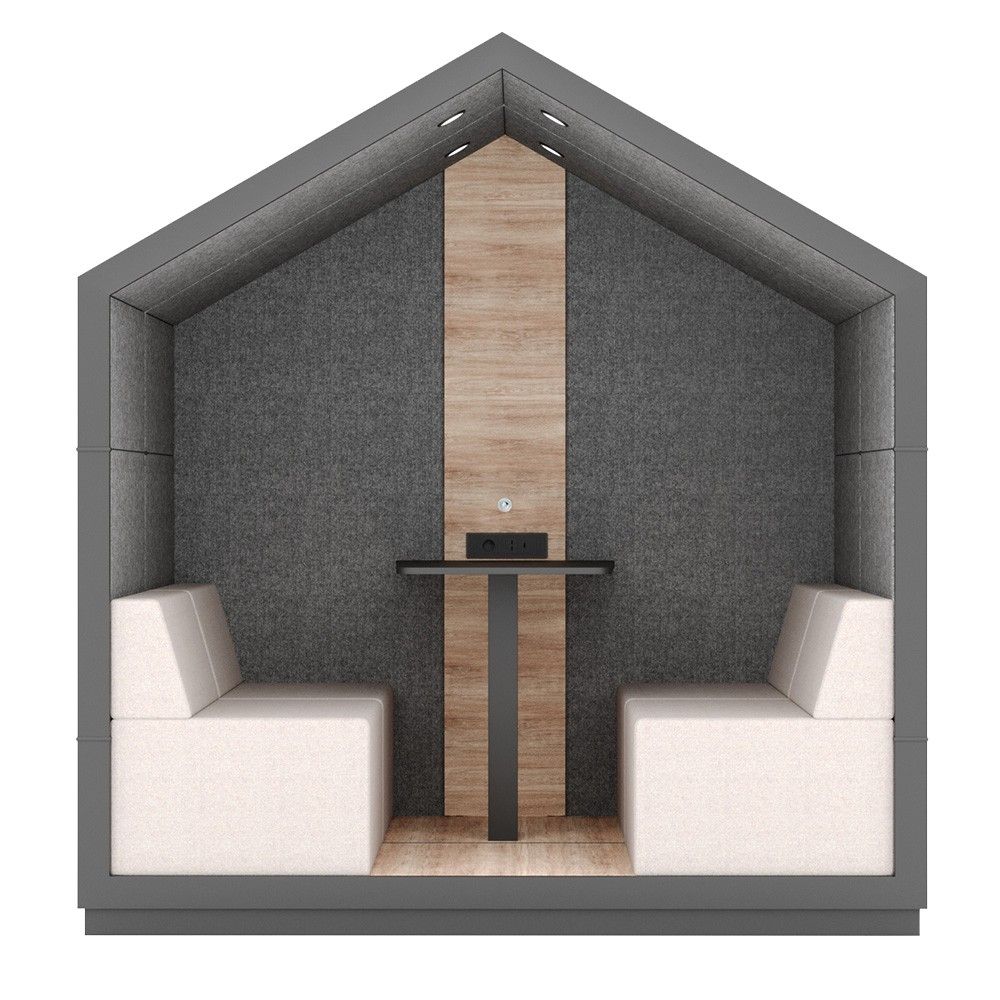 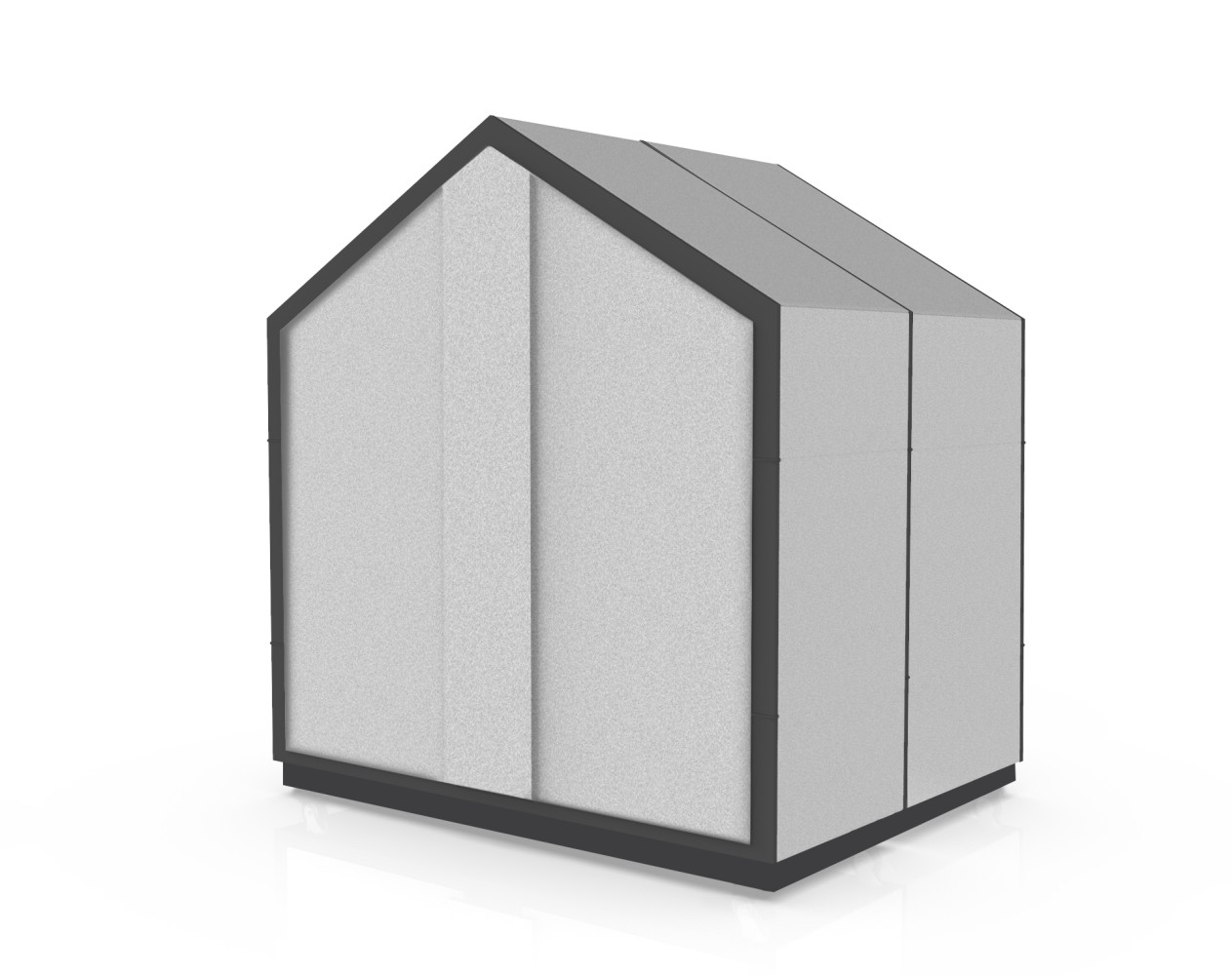 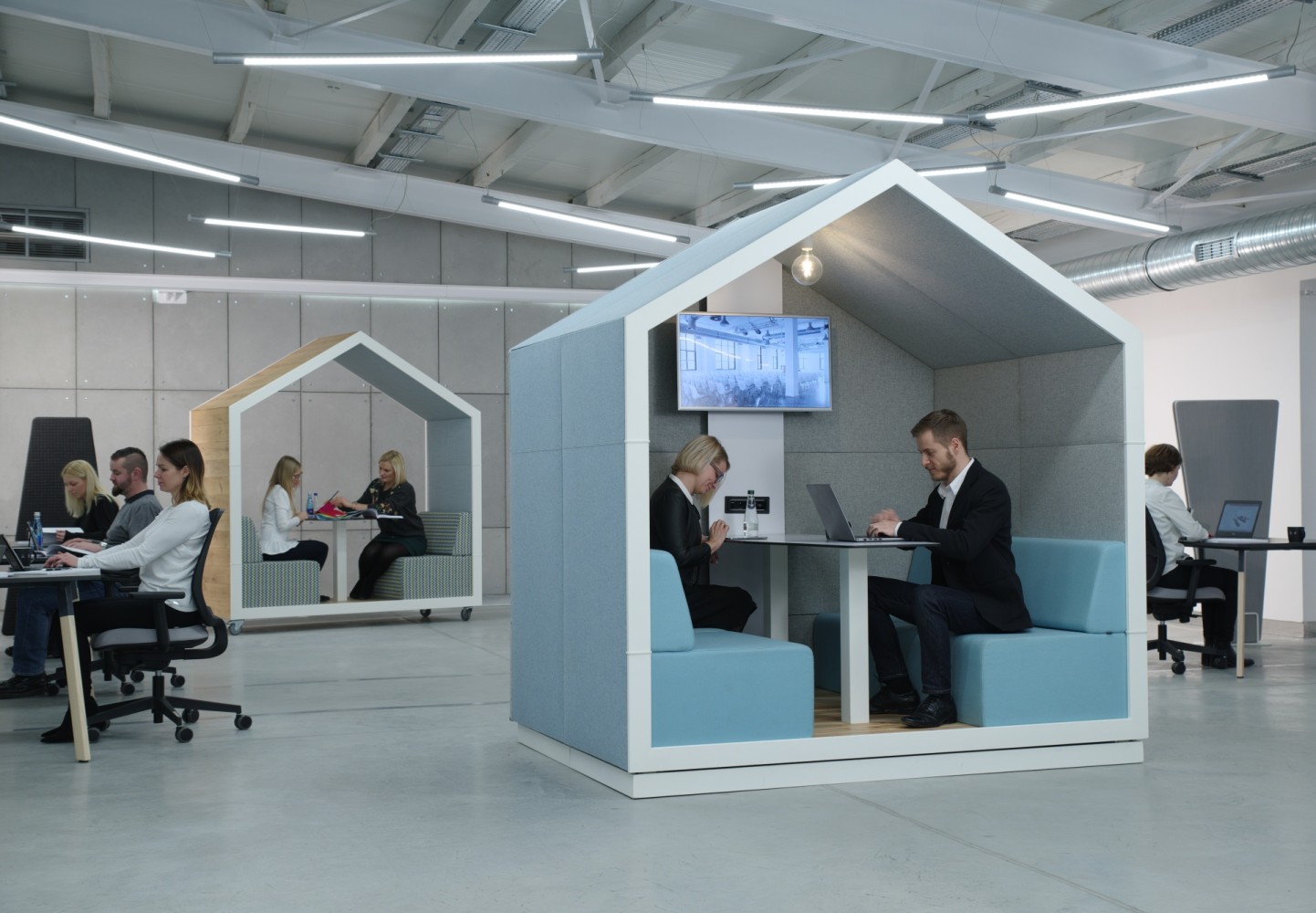 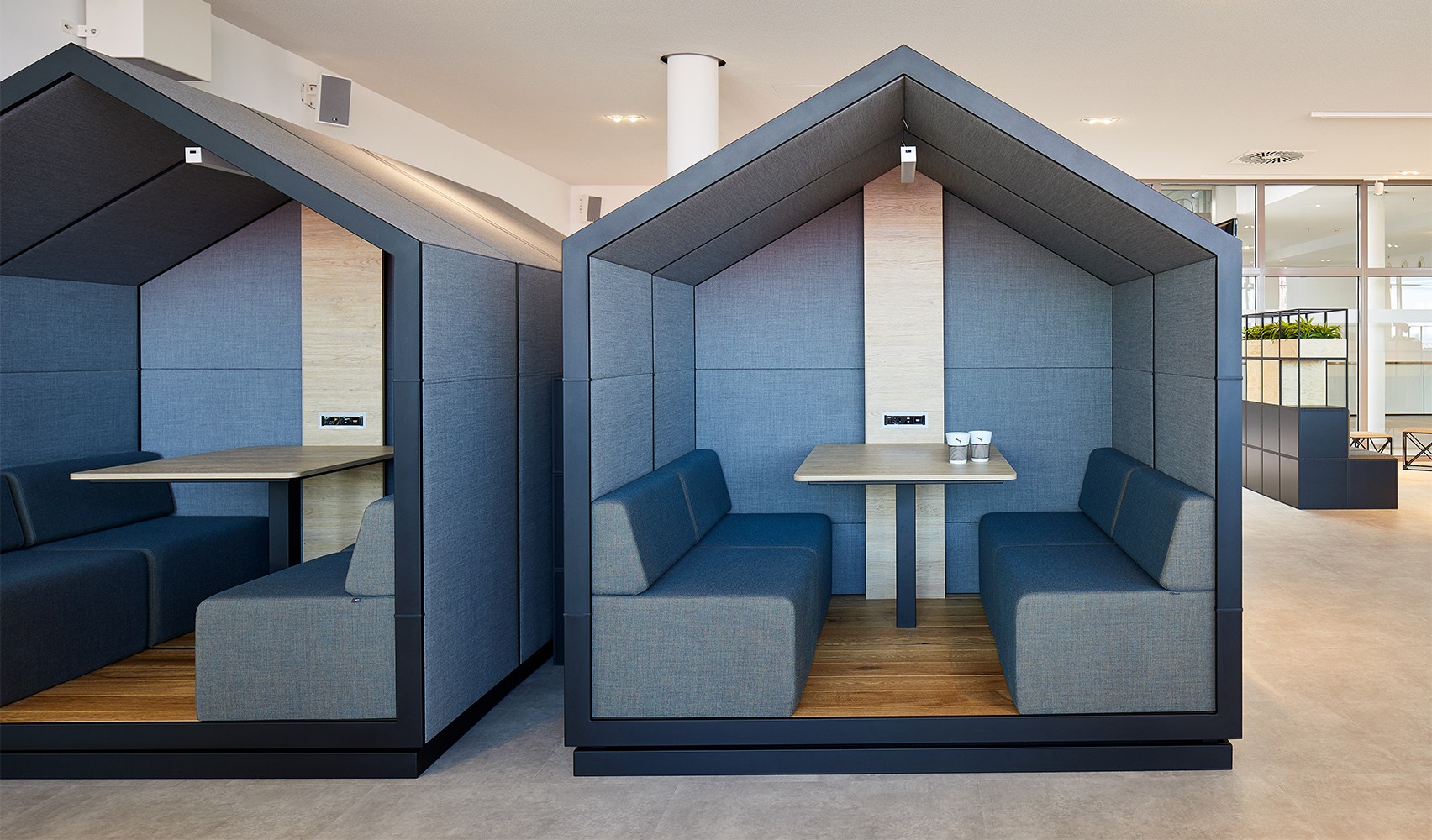 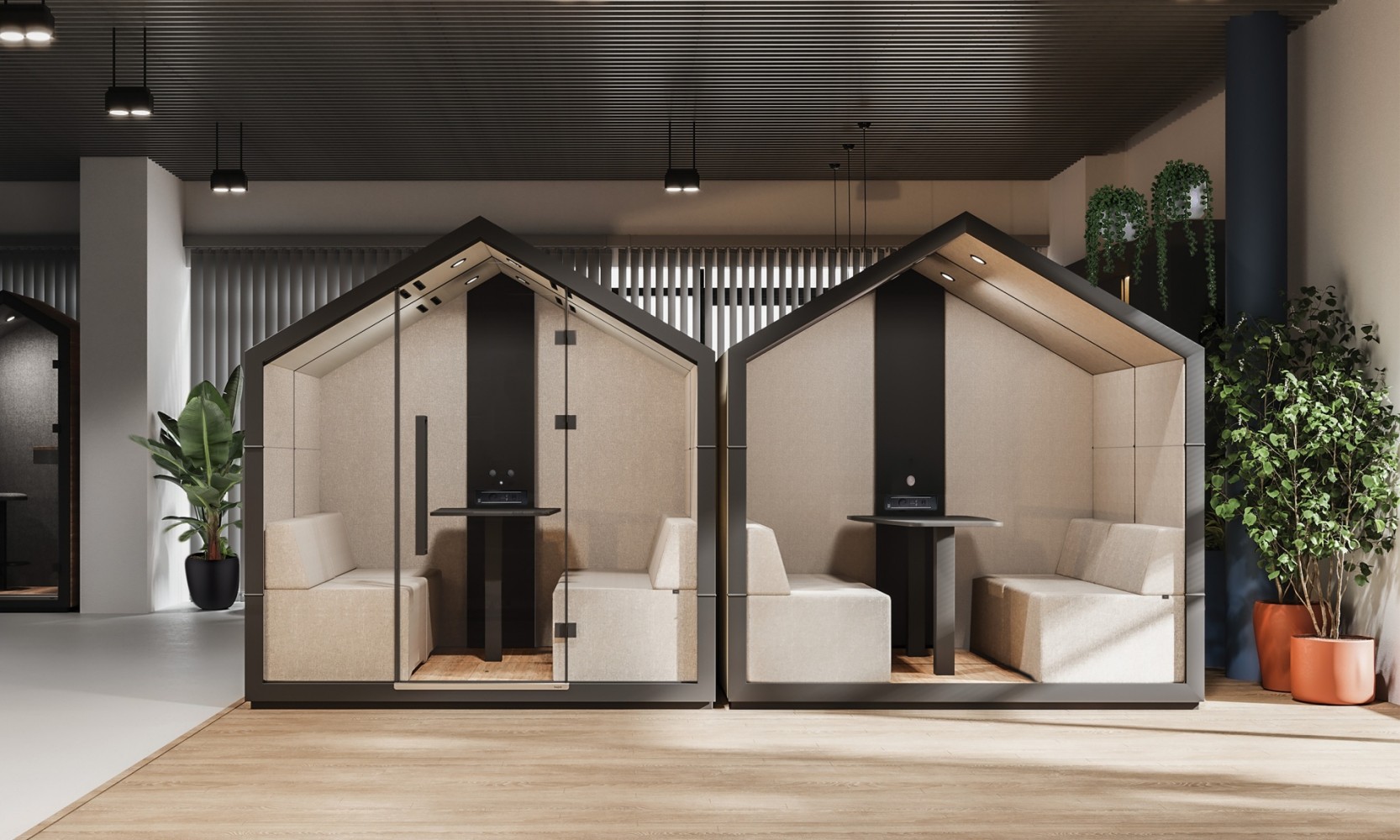 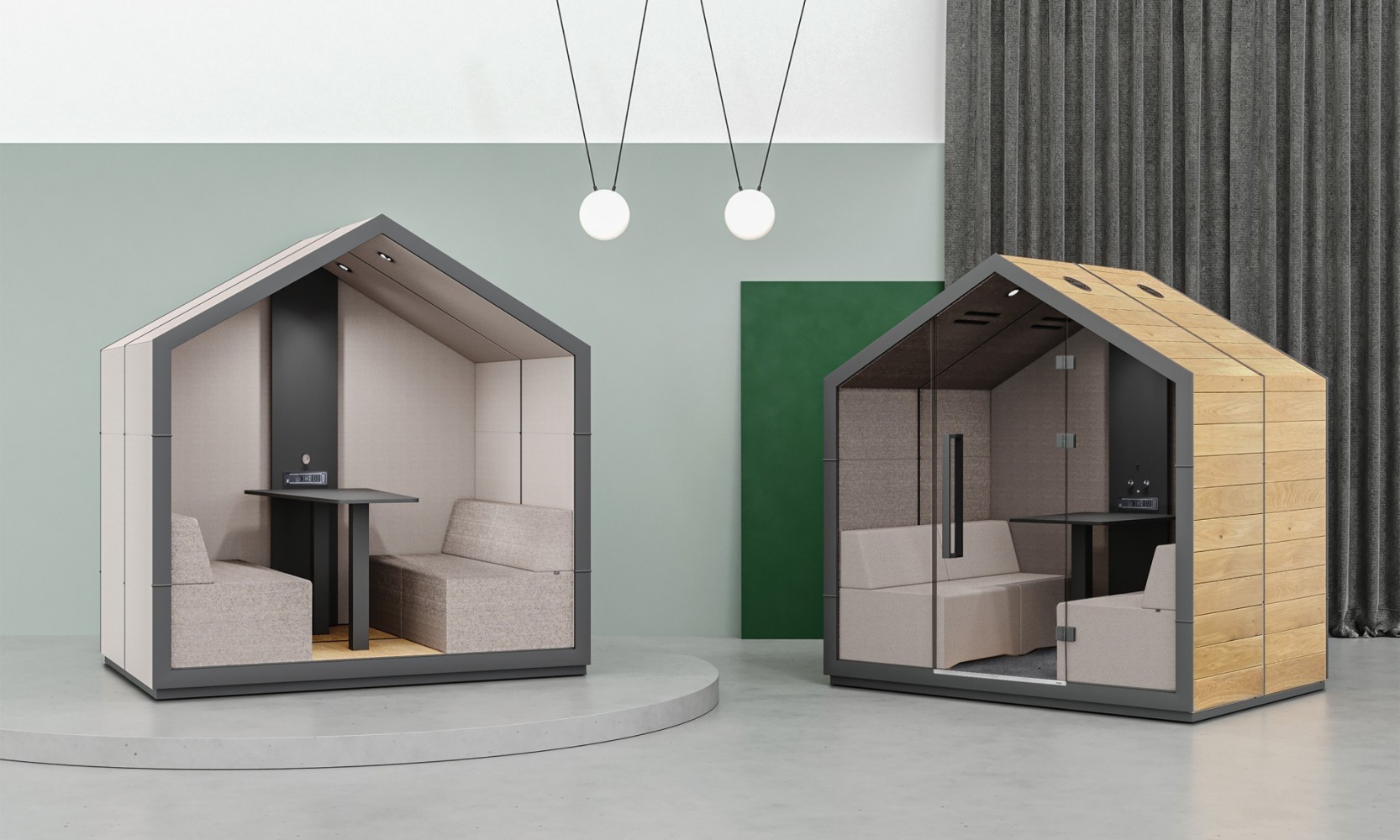 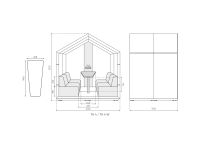 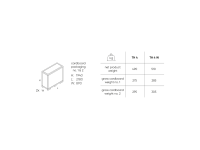 Dimensions are approximate and may vary depending on the selected product configuration. The requirements of the standard are always met.

Other collections in this category